fri / note to Pete Dexter: Uncle JH can put as many girl bottoms in a narrative as he wants / he would intrinsically not be JH without these beloved gestures / plus, as you say, he can do whatever the hell he wants / he's earned it 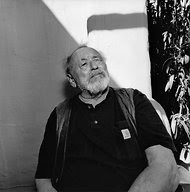 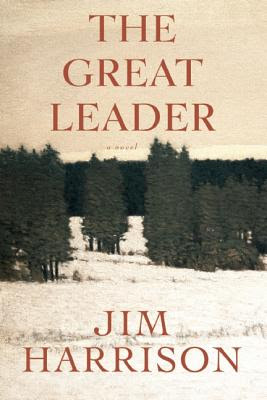 The critic glances at the clock and realizes that pretty soon he has to say something bad about Jim Harrison. Yes, he’s established that he’s read the book; now something to prove he isn’t being paid off.

Under duress, then, he ventures that there may be one buttock too many in Harrison’s story — although it could just as easily be argued that there is a sunset every evening in Key West, and nobody complains about that.

Also, the critic doesn’t trust references to popular culture even if he can’t say why (Sunderson is said to resemble the actor Robert Duvall), and as a rule when he — the critic, not Sunderson — reads a novel he skips the parts about dreams.

Taken one by one, these complaints may seem trivial, but together they add up to exactly nothing, maybe a little less. Jim Harrison can break all the rules he wants and come out smelling like a rose, and if you will excuse my mixing aromas — fish and flowers — I would mention that for me, Harrison set the hook deep and early, in a novella called “Revenge.”

There is a scene in that story of almost incomprehensible savagery — Harrison by the way is as good at writing violence as anybody, and particularly gets the weirdness of the incubation period — and he accomplished this particular violence by interrupting himself and manually moving readers to the fireplace mantel, where they could watch without getting hurt.

It was one of Harrison’s moments of instinctive genius, I think, perhaps the only way to bring off the scene without changing the mesmeric sound coming off the pages to something more ordinary, and I mean it as no disrespect to speculate that these moments are in some way out of Harrison’s hands, and very close to magic.
to say a thing then backtrack the hell out of it for fear of __________