on December 13, 2011
now that school is about over i can get back to the writer's life.  i decided to throw myself in it tonite.
i got a vanilla porter & a bag of popcorn.  sat in the back row & automatic wrote for five or so minutes eye-squinting til the dark hurt my eyes.
genet / women or killed themselves for love or the earth
the rich sculpt trees call
a bird loose in dreams, still-shot
scythes on the hillside, the backwards black
horse, a marriage from the hands loves
everyone affluent to vines grasp it's
lyric fascination these oaks grew
what if five seconds?  bad taste
Ophelia head-on
collision he sharpens she
head forward entrusted cue
strings, it happens first then we backtrack
Justine they're always arch
a white limo the ugly winter
grass wedding attire already filthy
unhappy nothing lasts.  the red one
you can see that, me, i
hate marriage come with
me against appropriate becomes
a drama for the back nine
this to the stars happy?  happy?
a noose, head-cocked you've
no business here 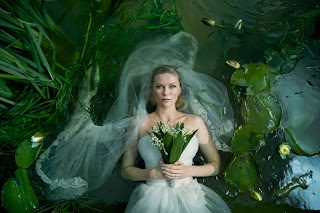 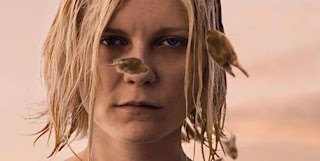 i'm never one to impress my opinion, however, i will say i did like & did not like this film.  only a film w/ such affluence can have apocalyptic measures on such a lush lawn.  had the family been middle class the narrative wouldve been raw tragedy so one couldn't concentrate on the inevitable death.  empathy would've shot you down.  von trier wanted this plasticity.  i get bored by the sun dial in the yard & all the plush rhetoric & malaise that everything becomes a symbol of white privilege/intellect/culture focused on self-indulgence/heavy narcissism, etc.

this is where my head is at in terms of books i need/thought processes in order to write this thing i now want to write:  zizek's violence, for some reason carlyle's sartor resartus, the practice of sati, burton's the anatomy of melancholy (only for lang.), ontology via aquinas (esp on essence & being), taylor from the bev hills housewives, the idea of deliberately touching the electric fence, suicide/alcoholism, francis 'two gun' crowley's on death: 'you sons of bitches.  give my love to mother.'
it's just a man on a horse baby girl just a man on a horse -something to talk ab